Ben gives a day to Policing! 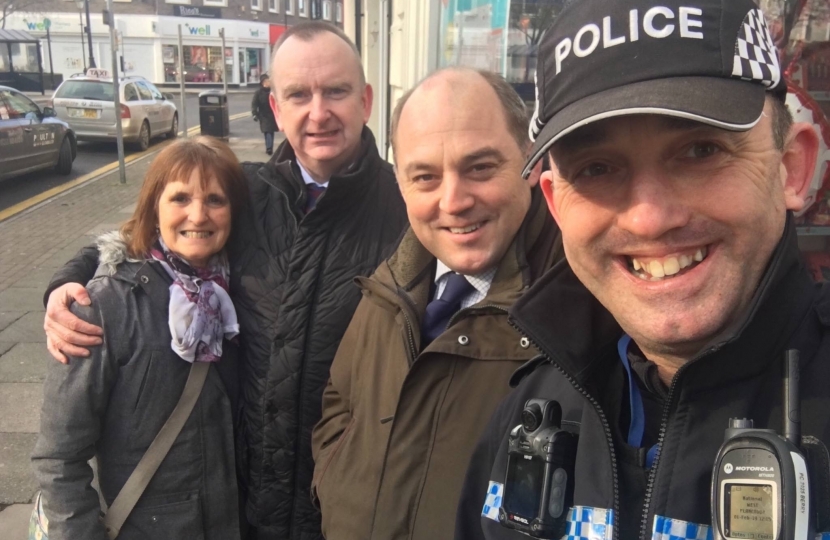 "Recently I took part in the “Give a day to Policing” initiative run by Lancashire Constabulary.  My day with the local Police began with a full brief from Officers at Fleetwood Police Station.  This was a great opportunity to speak to local Officers about local issues and the pressures they are under day to day.  We discussed everything from local Officers working from the Civic Centre in Poulton to cyber-crime.  Then in the afternoon I went on patrol with a local Officer.  First we went to Poulton where we took the opportunity to chat with people before the officer had to visit a few locations to carry out daily tasks.  We then continued the day by going on a vehicle patrol in Over Wyre.  It was very interesting to hear the views of a local Officer on a host of different issues.  The Police here in Lancashire do an outstanding job in an ever changing environment.  The Officers were keen to highlight how their work has changed over the past decade with new challenges from complex crimes such as online fraud, child sexual exploitation, domestic abuse and serious violent crime.  They also talked about the growing amount of Officer time which is spent helping to safeguard vulnerable people, such as missing children and people suffering from mental ill health.  I know from my own involvement in the individual cases of constituents just how valuable this work is.  I found the day fascinating and I would like to thank all who were involved for giving up their time."

As I write this article, I can hear the rain pouring down outside.