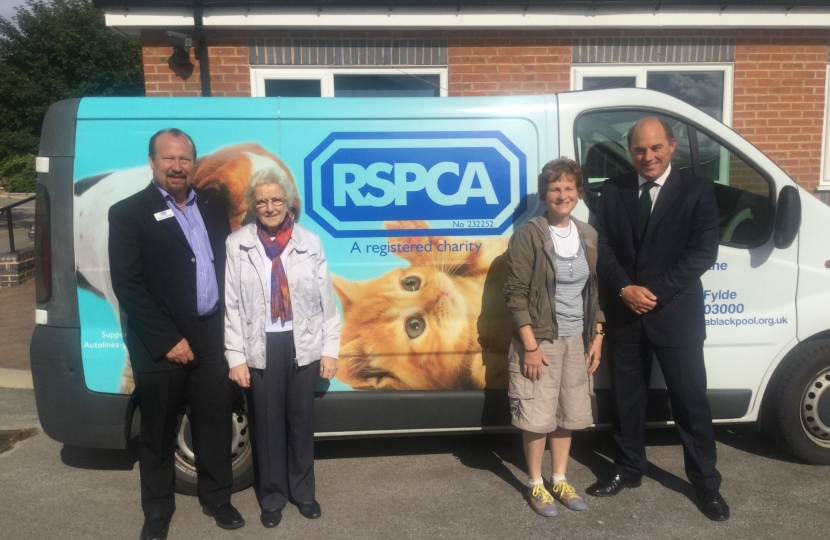 Wyre & Preston North MP Ben Wallace recently visited the Blackpool & North Lancashire branch of the RSPCA which is located in a purpose built centre in Stalmine.

After the visit Mr Wallace commented, "It is clear to see the dedication of both the paid staff and volunteers and this is reflected in the outstanding care which the animals receive.  The move from Blackpool to Stalmine has been a great success and I congratulate all involved for their hard work in making it possible.  Ultimately more animals in need will go through the branch with the aim of being re-homed.  I would like to thank the branch manager and all staff and trustees who took the time to show me round."

The project has been financed through generous legacies, grants and fund raising events to the amount of £2.75million and although the centre is up and running it is not fully completed and it has considerable potential for expansion.  it can however cater now for all the species which it is licensed to accept but plans for the future will include developing accommodation for even more animals in need.

The funds needed to support the centre are raised by the charity shops run by the branch, fund raising events and the generous donations from the local public and the money raised locally goes immediately to care for local animals in need.