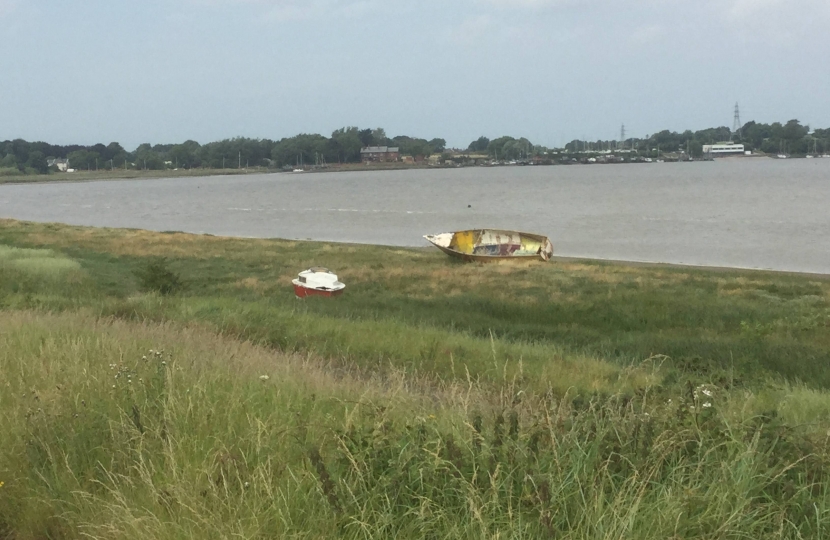 As I write this autumn has arrived and the nights are drawing in. My children are all back at school with my youngest, Harry, now in reception. It really is frightening how quickly they grow up!

As you will not have been able to miss, September saw the referendum on Scottish independence. I am a strong supporter of the Union and prior to the vote I went up to Edinburgh to help campaign for a “no” vote. I believe that all component parts of the UK are better together. We have more in common than we have differences. The “no” campaign’s 10% lead over the “yes” vote means that we have a decisive result. I hope that the Nationalists will accept the “no” vote and not seek further referenda, not in this generation or lifetime anyway. What is clear is that Scotland is divided on this issue and, like any relationship, we must work to rebuild the Union. The Westminster Parties must honour the pledges made to the people of Scotland in the run up to vote. In return, it is only fair that voting in the Westminster Parliament take into account any additional powers given to Scotland. I believe that Scottish MPs should not be able to vote on matters devolved to the Scottish Parliament.

Turning to constituency matters, over the last few years National Grid has been exploring how to bring the electricity from our power stations in Cumbria to the centre of the North West. One option would have involved large sub-stations at Stannah and power lines across Fylde. After much lobbying I have persuaded them to lay a tunnel under upper Morecambe Bay, so hopefully Wyre will be protected. However, we do not want them to forget us so, if you can please continue to object to the “Offshore south” option in favour of the “green” route. More information can be found here: www.northwestcoastconnections.com

In August, I responded to the independent geological report produced by Senergy, at the request of the Energy and Climate Change Secretary of State. This report forms part of the Secretary of State’s reconsideration of Halite’s gas storage planning application. It remains the case that insufficient data has been provided about the geology of the site to enable the application to proceed. There continues to be significant doubt about the subsurface, the faults, potential for gas migration and the capacity of the proposed facility. As we have always contended, the evidence does not support the claims made by the applicant and it is clear that on the basis of the evidence presented that there is significant uncertainty and risk associated with underground gas storage on the site on any scale. I have, therefore, urged the Secretary of State to again reject the application. We must now wait for his decision. You can be confident that I will continue to pay close attention to the decision making process.

As many readers will be aware, Ian and Marilyn Mulroy will be retiring following the publication of this edition. I first met Ian when he took the photos of me for my election leaflets as a "youngish" candidate with hair! People still remark on how good the photos are when they meet me (which implies how disappointing I must be in the flesh!) As well as editing and publishing this commendable magazine, they have been the driving force behind the Protect Wyre Group. They have worked tirelessly to defend our community from Halite/Canatxx and the company’s unsound gas storage plans. This campaign has lasted over ten years and involved three planning applications, two public inquiries and a judicial review. Ian and Marilyn have gathered petitions, collated objection letters on behalf of the community, (together with Howard Phillips) they have prepared detailed submissions to the planning authorities and spoken at planning hearings. In addition, I know that they have acted as an information office for local residents with queries about every Canatxx and much more besides! Personally, I am grateful to them for the assistance they have provided me and my team over the years in the preparation of my own objection letters and related research. They have also shown great patience when my articles for this magazine have been submitted late! I am sure that the whole community will join with me in wishing them a happy retirement and a well-earned rest. Thank you Ian and Marilyn for everything you have done for Over Wyre.