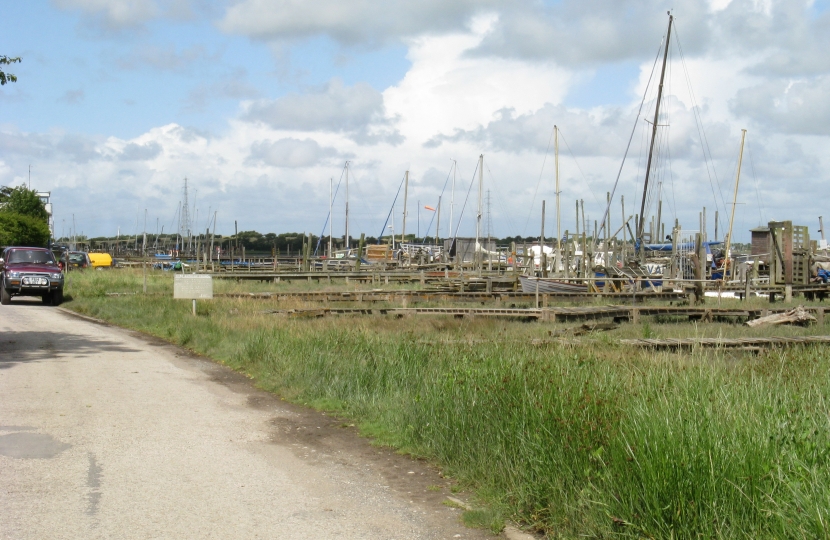 I always hate the "back to work day"‎ in January.  I leave my family and go back to the Westminster squabble.  But I use what I have learnt over the years to lobby and argue for what is best for us all in Wyre.  One such good example is the road schemes.

Our constituency is to benefit from increased Government investment in our road network, with approximately £50m set to be invested in the A585.  Like me, many readers will have been caught up in traffic associated with the works at the Windy Harbour junction.  I have been in touch with the Highways Agency to stress the importance of minimising disruption and have seen some improvements since.  I hope this short-term inconvenience will be worth it in the long-term when congestion should be reduced.  The investment in the A585 will enable the creation of a relief road which will run from the area of Windy Harbour to the River Wyre Roundabout.  I have campaigned for the last 10 years for improvements the A585 to tackle the congestion.  The Government has already funded work to widen the northbound carriageway of junction 32 of the M6 at the Broughton Interchange.

As some readers will know Lancashire County Council is currently consulting on its budget plans.  One recommendation which has been put forward by officers as a potential way for the County to achieve savings, is the cutting of all subsidised bus routes.  While I don’t think this will happen, it is clear that our subsidised bus routes could be under threat again.  This time last year we were facing the same prospect, with the County ultimately deciding to review contracts on subsidised routes when they came up for renewal.  A number of routes within our constituency have come up for renewal since the start of last year, but the services are still operating.  I have contacted the Chief Executive of the Council asking her to clarify the position and stressing the importance of our local services.  I know the routes are vital to many who travel by bus to work or to access education and that they offer a life line to many older people in our community.  I am outraged that while the County is considering cutting bus services they have spent £200,000 purchasing Preston Bus Station from Preston City Council.  A building which comes with an £8million maintenance liability.

At the start of January I met with representatives from the PCS Union at Warbreck House.  We discussed the Union’s concerns about the reduction in civil service posts on the Fylde Coast.  Some additional jobs have been created in relation to the processing of Personal Independence Payments, but (like PCS) I also want to see more civil service job opportunities in our area.  This is something I raise with Ministers at every opportunity.

I have been working hard with local County Councillor John Shedwick to put forward the best case for opposing the development of 165 dwellings on land at Lambs Road.  As yet a decision has not been made.  I believe the application will be considered by the Planning Committee which is next due to meet on 4 February, so a decision is unlikely to be made before then.