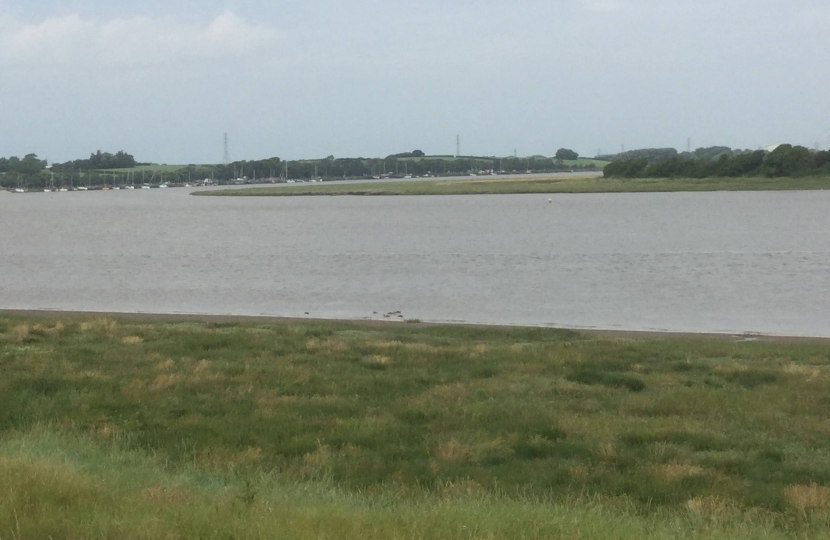 For 13 years we have all tried to fight the proposals for a gas storage facility.  Please be assured that I will ensure that every inch of any development by this shoddy company is monitored and controlled.  In its time, Canatxx followed by Halite, has been involved in paying disgraced politicians and numerous PR companies to intimidate its way to this result.  It has also ridden roughshod over geological evidence and genuine worries expressed by local people.  I am determined not to stop here.

I have written to the European Commission to ask them to investigate a breach of the environmental safeguards, which are in place to protect Morecambe Bay and the Wyre Estuary.  I do not believe that the agencies, whose duty it is to protect our countryside, have fulfilled their statutory duties.  Please be assured that I will continue to fight against the plans.  In the meantime, I would like to thank – on behalf of the local community – Ian Mulroy and Howard Phillips of the Protect Wyre Group for their dedication to fighting this application.  They have both helped me immensely with my efforts over the years.

Wyre Council has now launched a consultation on its Local Plan.  I strongly advise residents across Wyre to contribute to the process.  Local Plans give local authorities control to decide how and where to meet local need, be that sites for housing, employment or retail and the accompanying infrastructure.  Once in place the Wyre Local Plan will become a shield from unwanted development.  The consultation runs until 7 August.  Further details on can be found here: http://wyre.gov.uk/info/200319/emerging_planning_policies/970/issues_and_options_2015

Earlier in July we saw the Chancellor, George Osborne MP, give his Summer Budget, the first of this Government.  Budget Day is one of the big events of the Parliamentary calendar, when the chancellor of the day reports on the state of the economy and the government’s taxation and spending plans.  In line with that long tradition, Mr Osborne reported that the budget deficit has been halved since 2010, the recovery is well-established and economic security is returning.  The UK had the fastest growing economy in the G7 in 2014 and is set to retain that position this year.  This is very welcome news and demonstrates that the difficult financial decisions taken by the Coalition Government are paying off, literally!  The Chancellor estimates that we should achieve a budget surplus by 2019/2020.  I have been proud of the resilience of our local economy with high employment being retained through the last decade.

·         Benefits protected for society’s most vulnerable: the disabled and pensioners;

·         An additional £8billion for the NHS, that’s on top of the additional £2 billion already announced;

·         £30 million for transport to connect northern England with oyster-style ticketing across the region.

Due to the General Election this year and the pace of electioneering my family and I are looking forward to the summer holidays!  I know from my correspondence that many of you are too.  I look forward to seeing you out and about over the summer.  If you would like to book an appointment at one of my surgeries please call my Office at the House of Commons on 0207 219 5804.  I can also be contacted at my Constituency Office on 01995 672976, alternatively you can email me at wallaceb@parliament.uk or write to me at the House of Commons, London, SW1A 0AA.