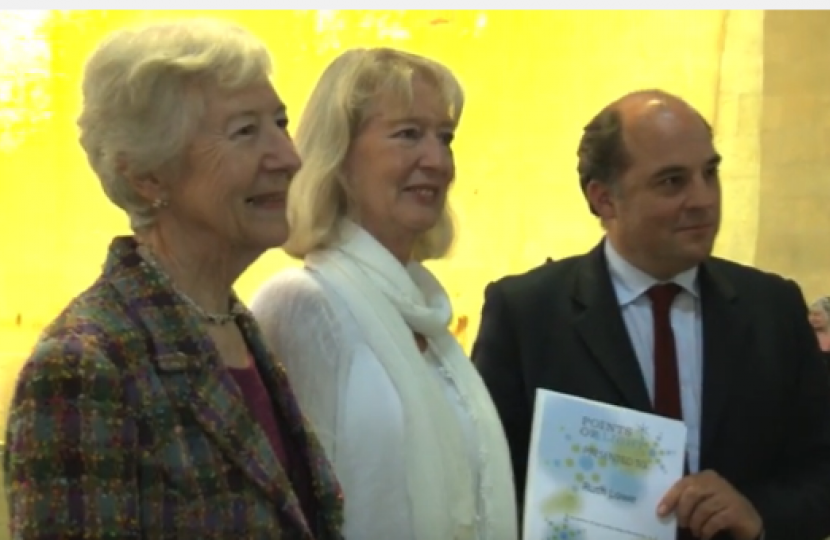 Ben Wallace  was delighted to present retired teacher Ruth Lowe from Preston with an award after being named as a, "Point of Light" by Prime Minister David Cameron.

Ruth's son Andrew sadley died from Young Sudden Cardiac Death (YSCD) in 2004.  Since then, Ruth has been working to support others who have found themselves in the same position.  She is now a qualified Bereavement Supporter and has raised over £118,000to support the work of Cardiac Risk in the Young (Cry).  Mr Wallace said," I am delighted that Ruth's hard and much needed work has been recognised in this way.  I have met Ruth several times over the years and always been amazed by her dedication to her role.  She has helped spread awareness of Young Sudden Cardiac Death and in doing so has changed the lives of so many."