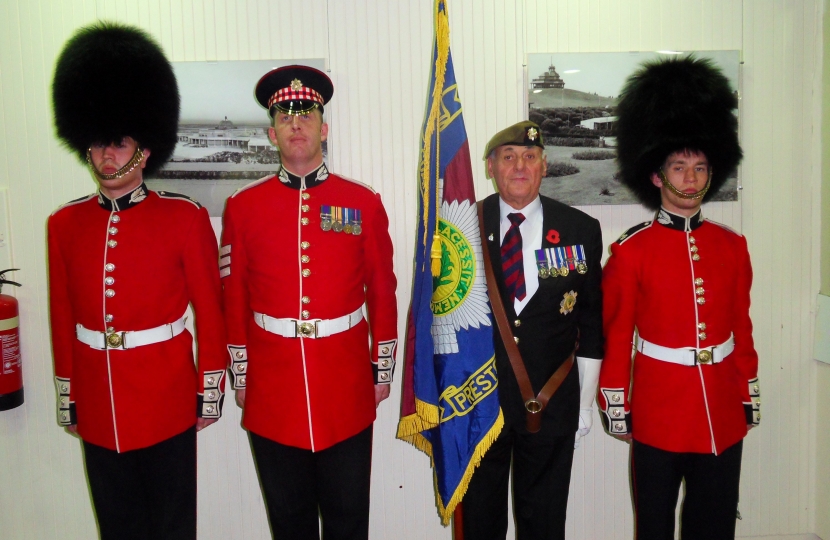 It is with great sadness I write about the sudden passing of a true character, Tom Davies.

Tom was a local Preston Councillor who represented Preston Rural East Ward for twelve years.  He had a great knowledge of the area being born and bred in Preston and also serving as a Police Officer in the area.  He used this knowledge to represent the Ward in an extremely robust and effective manner.  I also had the privilege of working with Tom in his capacity as the Treasurer and Secretary of the Scots Guards Association, Preston Branch.  Tom was fiercely proud of his Military Service and often carried the Scots Guards Association Standard at Military and Remembrance events.  He has been pivotal in the everyday running of the Association for many years and his hard work and drive will be greatly missed.  He was also a former Chairman of the Preston and District Veterans Council and often acted as Parade Marshall at military and civic events.

Anyone who knew Tom will know he was a larger than life character who truly loved the City of Preston, he will be sadly missed by all who knew him and whose lives he touched.  My heartfelt sympathy goes to his wife, Christine, and his family at this extremely sad time.