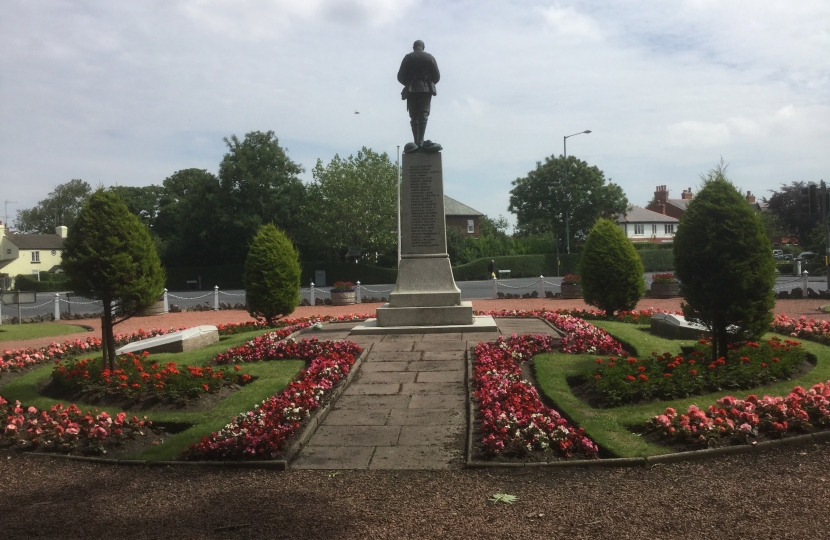 It is right that we should remember the sacrifices made by our brave servicemen and women and the civilians killed during the First World War.  History can also inform contemporary decisions and we should never forget the ability of mankind to wreak destruction.  As a former soldier, I have my own memories of conflict and experiences of loosing friends and colleagues. This makes me even more aware of my responsibilities as a Member of Parliament to build diplomatic relations with other countries and ensure that military intervention is always the last, and never the first, response to a situation.  I attended the Remembrance Service in Garstang this year, but am pleased to have been represented at services across the constituency.

My family visited me in London during the school half-term and they, like many thousands of others, went to see the poppies at the Tower of London.  This art installation is a fitting tribute to those who gave their lives while serving our country.  The visual depiction of the 888,246 poppies, each remembering a soldier who was killed in the First World War, really highlights the scale of the loss of life, in a way that words cannot.  Like the soldiers who came from across the country, now the poppies from the dismantled art work will be sent to different parts of the UK.

Turning to Thornton, you will be aware that I oppose the planning application for the development of 165 dwellings on land at Lambs Road.  I was pleased to learn that Lancashire County Council has now stated formally that it objects to the plans on the basis that the development would have a severe adverse impact on the local highway network.  This is what locals have known for some time!  I hope the County’s objection will lead to the application being refused.  The Planning Committee next meets in January, so I do not believe a decision will be made before then.

Many readers will suffer from the problem of nuisance calls.  Like me the Government recognises the distress and anxiety these calls can cause.  Over the past decade the number of complaints made about nuisance calls and text messages has increased substantially.  Whilst there have been some penalties issued against organisations for breaking the law, in a number of cases the efforts made by the Information Commissioner’s Office to issue penalties have been frustrated by the legal requirement to demonstrate that nuisance calls and texts caused substantial damage or substantial distress.  The Government is seeking views on its proposals to lower the threshold for fining companies.  I would encourage you to make your views known as part of that consultation process.  Further details can be found at: www.gov.uk/government/consultations/nuisance-calls-consultation The consultation closes on 6 December.

There will not be an edition of this publication in December and so I wish you a very happy Christmas and a prosperous New Year.